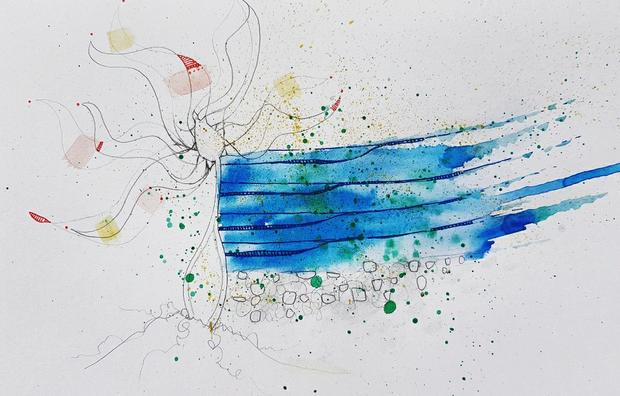 In order for an adventure to be an adventure one has to allow room for the unthinkable, unpredictable and tap into the forever present (however faint) hope of finding magic on this quest.

The wind was blowing something fierce. Coming from the Garden Route this Cape Town wind has the potential to make one go a little loco. Faint murmurs of surf somewhere on the coast filtered through the windswept day. Even the trees were holding on for dear life. It was hard to believe that the ocean would be a sight for sore eyes on a day like that, yet there it was that forever present hope of finding magic at the end of this wind tunnel that is Cape Town at times.

There was talk of massive swell hitting but that’s not what we were chasing. It was the quest to find sacred moments to dance with the ocean out of view of the egos eyes. I’m not one for forecasts, never have been, the weather and tell tale signs of which way the wind is blowing outside your door should be enough to know in which direction to venture. Also, at the best of times the most reliable forecasts come in the shape of someone, that knows someone that knows someone else that knows about that wave over there somewhere along the coast. Local knowledge just like word of mouth in today’s technological crammed existence still wins.

Boards tightly strapped, suits, hoods and hope. Off we went in search of a small window of opportunity in finding utopia, even just for an hour or two. The window period for plenty of spots along the coast is short, due to tides and kelp and exposed rocks. Timing is everything. Although none of all of those someones were hopeful of our quest. We were.

Dirt road, fences, protected coastline. Waves. Beautiful, clean, small running waves. This was a moment straight out of The Endless Summer - in search of something, not sure what you’ll find. Starry eyed and hopeful rounding every next corner. The absolute disbelief when gifted with the irreplaceable feeling of humble gratitude and childlike excitement when laying eyes on priceless once-off crystal clear running ocean gems. Hop, skip and a jump into our suits. The discovery of something sacred was tangible in every fibre of our beings. No one out. The forecasts didn’t rate it would be worth it, but the forecast was wrong and we were there to witness it. Rewarded for following our hearts against all odds.

The tide was already making it’s away to another distant land but that did not deter us. We had an hour. And sometimes, that’s all one needs - a moment, a glimpse of what can be in order to build a lifetime of dreams and live them. A split second of magic is magic non-the-less and more than enough for me to believe that magic lives within, we carry it with us and we have the capacity to manifest it without…we must just believe.

The water was warm and welcoming. The sun was shedding light on each ripple of water that made me feel as if I stumbled and disturbed a deeply sacrosanct unfolding of the ocean wooing the sun, yet they let us in. To dance with the ocean is not to see what you can do on a wave but rather to stand with open heart and let the ocean guide you to parts of yourself you’ve forgotten. To dance with the ocean is to be reminded that we need not be anything but present. To dance with the ocean is to step into your heart space and be guided and lead and shown a more graceful path through life. The ocean only asks of us to be willing to learn and when we are, that’s where the magic happens. Where grace explodes into expression and movement and flow. Now we’re dancing.

Kelp were popping up all around us. Like friends coming out to play. Gently swaying to the rhythm of the sea. Enveloped. Embraced. Held. Wrapped and caressed. Strangely comforting this entwined state of being. We surfed until the tide could no longer hold on and had to say it’s good byes. We high fived the kelp, thanked it for sharing in depth tales of ocean myths and musings we hardly get to know. One last view of what lies beneath the surface as we take a wave to shore. With grace and gratitude, humbled by this sacred experience, I bow my head in silence and salute all that we don’t make time to see yet is ripe for the picking.

We left elated. Stumbled upon a coming together of perfectly timed moments that will live on long after we’re gone.

Thank you ocean, thank you life, just thank you.